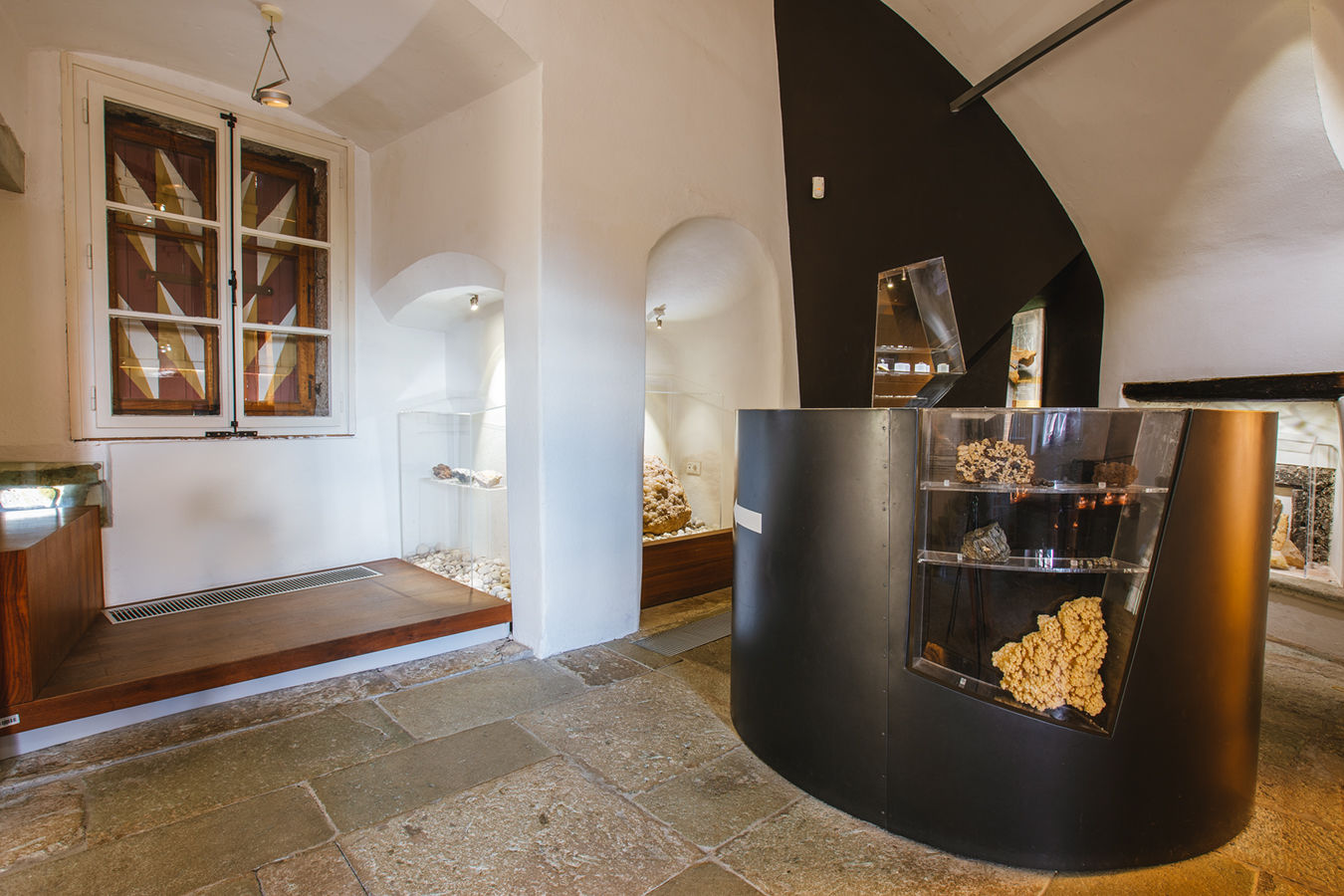 The exhibition curated by the National Museum of Slovenia opens with a display of the oldest rocks and fossils found in the area of Bled, spanning a history of around 400 million years, and the earliest stone implements from the Paleolithic cave called Poglejska cerkev, which were made by man 14,000 years ago. This exhibition room ingeniously connects the origins and early history of the Earth and man in Bled.

Look over the edge of a stylised well to see how sedimentary rocks are formed during different geological epochs in oceans, shallow seas, on coral reefs and land and in marshes and river deltas. Observe the traces of volcanic eruptions on land and lava flows on the sea floor. Besides water and fire, tectonic processes also had a hand in shaping the landscape before it was crafted by the sculpting force of the retreating Bohinj glacier.

The dark section of the room has been turned into a 'cave' that represents the archaeological site of Poglejska cerkev near Poljšica, the final echo of the Paleolithic age in the Slovenian territory. Stone implements and marmot bones date back to the last glaciation, when a lake formed behind the retreating glacier and Ice Age hunters came to the plains of Bled.