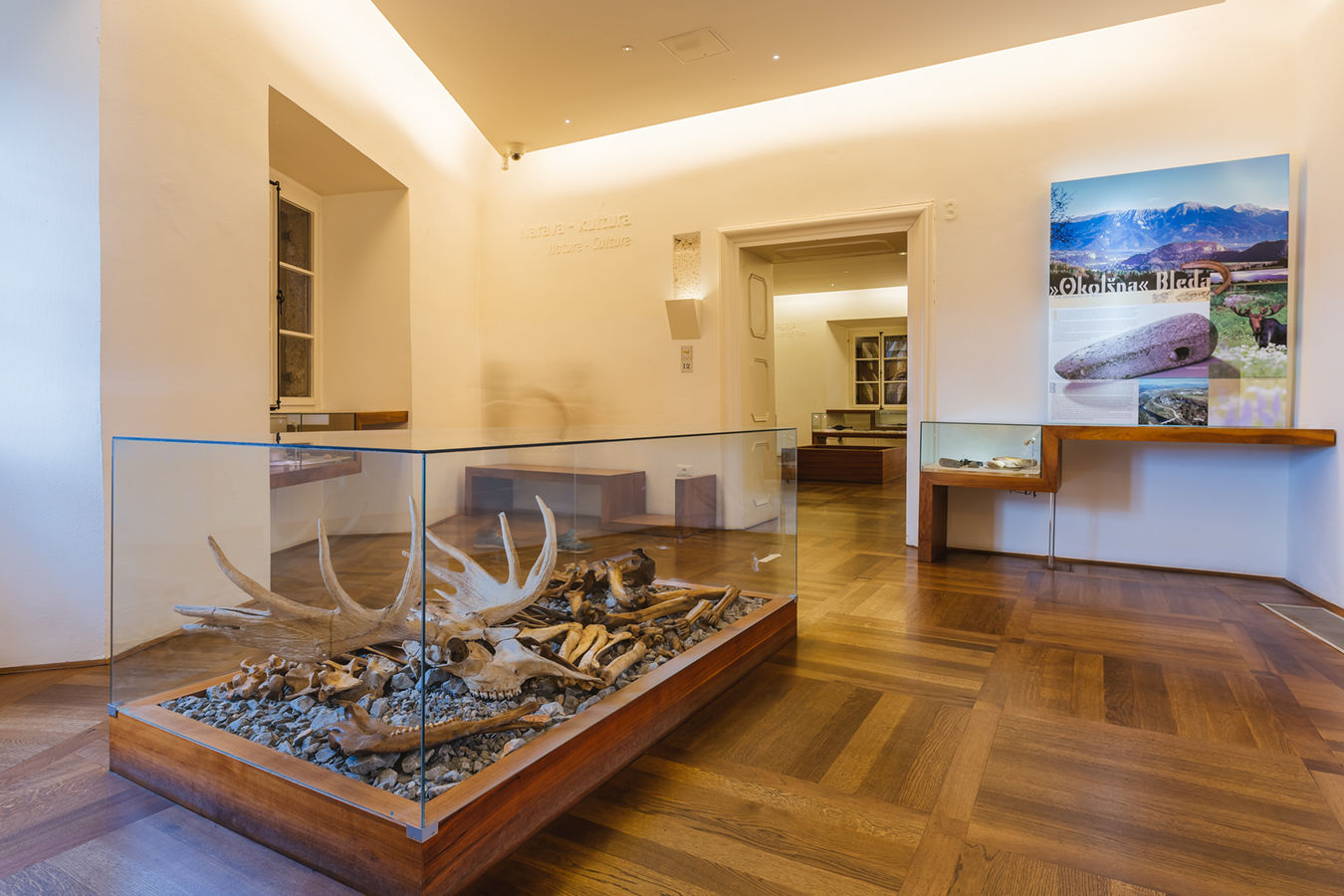 Like a Paleolithic hunter, you will now step from the 'cave' into a beech forest. After the glacier retreated, the land was gradually covered with forests thanks to the area's favourable climate and fertile soil.

In the late Neolithic age, around 6,000 years ago, farmers and stock breeders settled this poorly accessible and therefore safe territory. Stone arrowheads and the characteristic stone axe found at Rečica reveal much about their life. Ore miners brought to the area metal implements made of copper, bronze and, eventually, iron. Metal sickles were used to harvest crops and round stones for grinding cereals.

Developing economic activities eventually began to change the environment. Forests were cut to make way for pastures and arable land. The slash-and-burn culture shrank the habitats, pushing certain wildlife species to, and over, the brink of extinction. The skeleton of one of the last elks in this territory was found in an abyss on the Soriška planina pasture. The wounded animal, with a hole in its shoulder blade still visible today, fell into this abyss around 300 AD. This shows that in the Roman period elks still roamed the Alps.