17. Museum - room 7: the inhabitants and explorers of bled 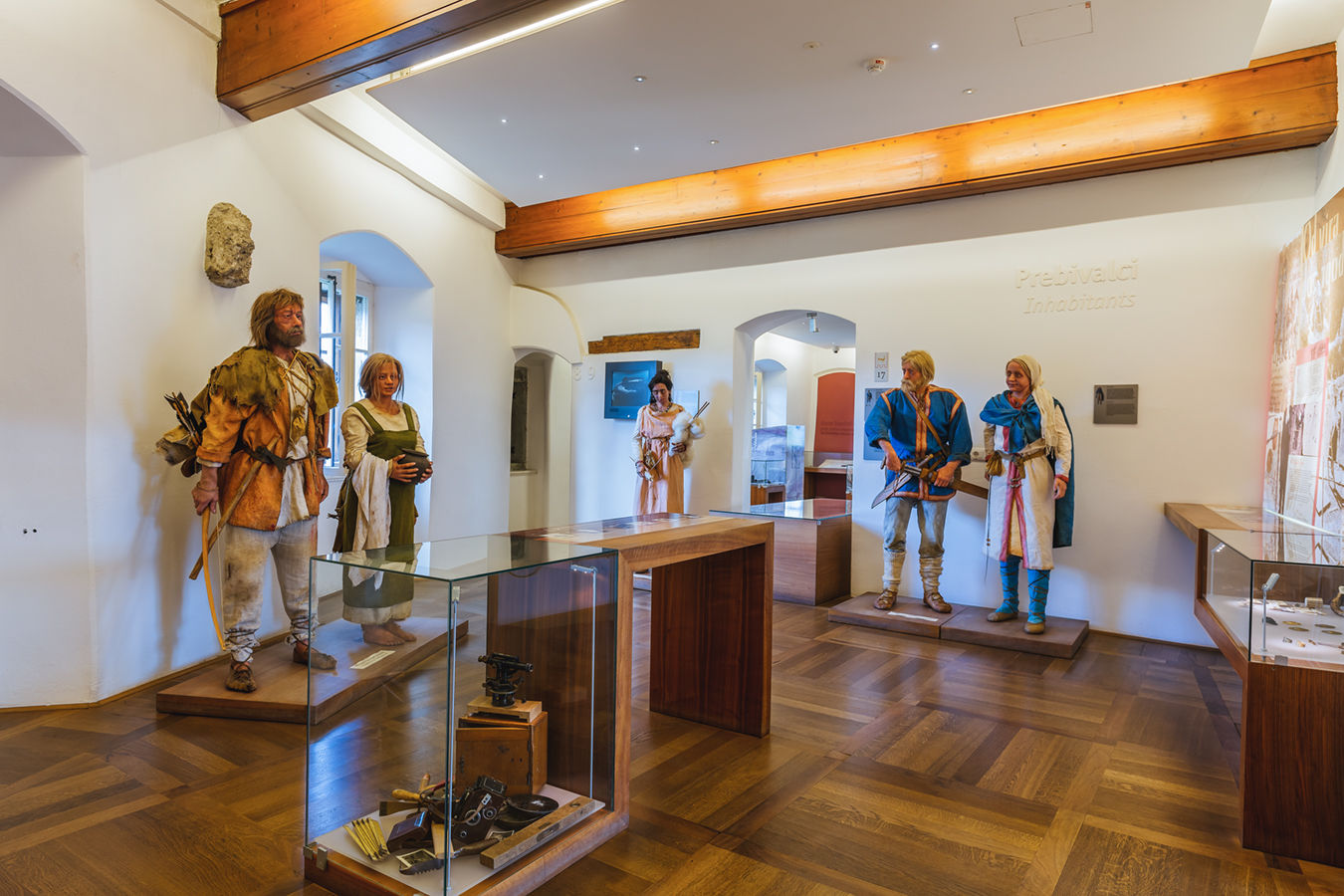 The fall of the Antique civilisation began with the attacks of barbarian tribes on the borders of the failing Roman Empire in the 4th, 5th and 6th centuries. In Late Antiquity, the region, previously settled by the Romans, opened up to German settlers, the Ostrogoths in the first half of the 6th century and the Lombards in the second.

Pristava is one the most important early medieval sites in the Eastern Alps. The settlement and the cemetery stratigraphically overlap. At Pristava the old Roman settlers lived next to their Slavic neighbours and gradually the two groups blended into the early medieval ancestors of the present-day inhabitants of Bled. The dual nature of their origin is seen in the shapes of houses, burial methods, and in the objects found. The peacock- and horse-shaped fibulae are particularly interesting.

The case in the centre of the room contains information about the leading explorers of the Bled area, archaeological methods and tools. There are also life-size models of a Roman girl, a female Goth, a Lombard soldier, and a Slavic family. The case next to the wall presents the art of comb making, since decorative combs were quite common across Europe in Late Antiquity and the Early Middle Ages.