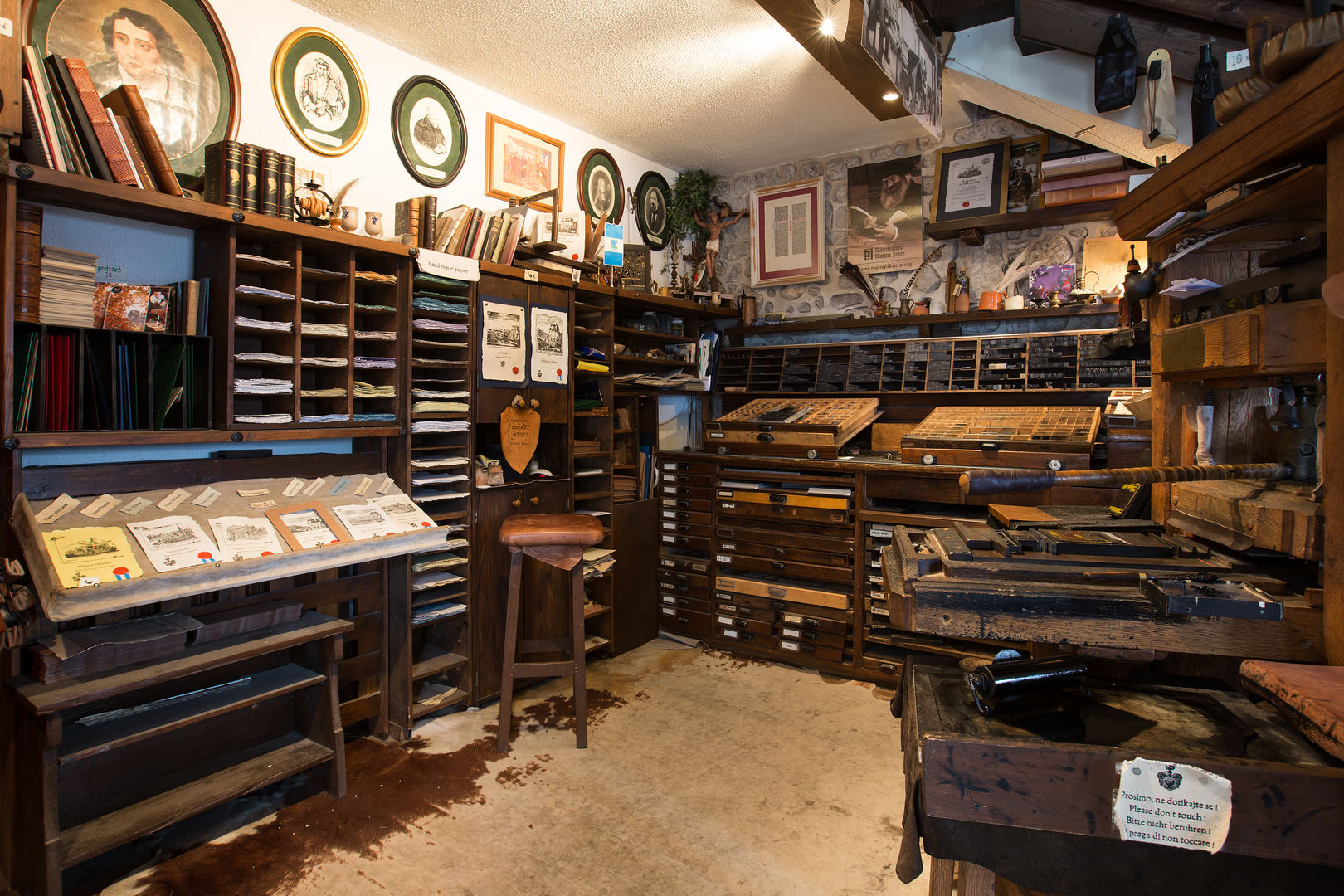 Step into the castle printing works to see a demonstration of printing on the old printing press and make your own souvenir certificate with the help of the castle's master printer.

Whilst under the ownership of the Diocese of Brixen, the Bled estate was managed by ministeriales, (people raised up from serfdom to be placed in positons of power and responsibility), castle keepers, or governors of the castle and its lands, castellans. Later, the Bishops of Brixen leased out their land. One of the leaseholders was Herbard Auersperg of Turjak, who had made a name for himself through his heroism fighting the Turks. Under Auersperg, the castle became a stronghold of Protestantism and, in 1561, it was visited by the leader of the Slovenian Protestant movement, Primož Trubar, the author of the first two books written in Slovene, Katekizem, or Catechismus, and Abecedarij, Abecedary. Both books were printed on Gutenberg's old printing presses in Tübingen in 1550. The castle printing works houses a replica Gutenberg wooden press, which the castle master printer uses to demonstrate printing on hand-made paper using blocks with historical images and loose lead letters.