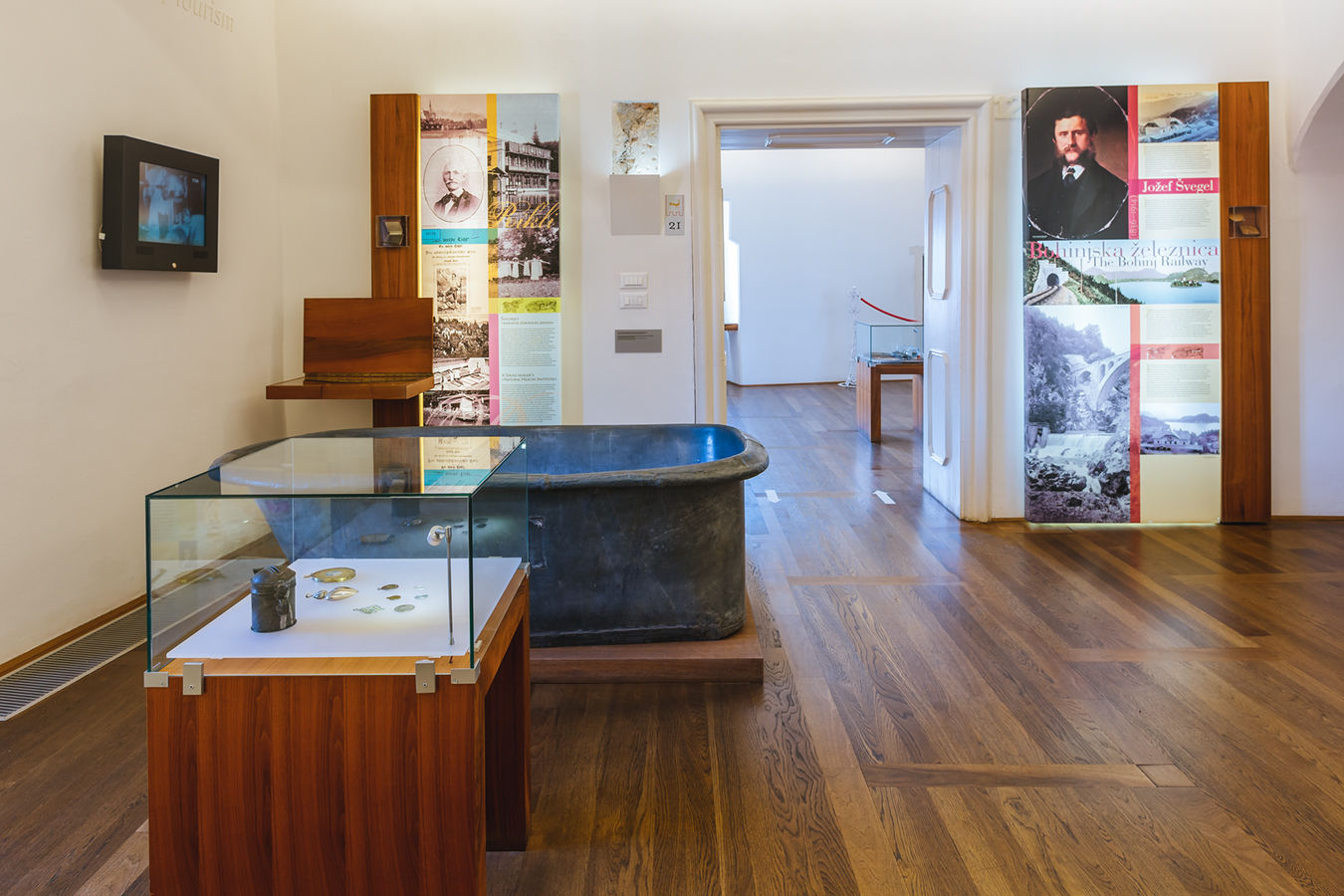 In the Middle Ages, Bled with its island and the island Church of the Assumption, first mentioned in 1185, became enormously popular with pilgrims, who flocked to Our Lady of the Lake from Slovenia, Germany, Italy and Croatia. No visitor who came to the island would leave without ringing the wishing bell in the hope of making a dream or a wish come true.

Janez Vajkard Valvasor was the first to report on hot springs in Bled. Arnold Rikli, a physician from Switzerland, known among the locals as the Sun Doctor, was the pioneer of modern health tourism in the area. His treatments were based on a healthy diet, spending time in nature, and water, air and sun baths. This room showcases an original bathtub, a laundry basket, a spoon and Rikli's hand-written professional testament.

In the 19th century, when the national identity of Slovenes was being forged, Bled became a key symbol of the nation and its fame grew even further when France Prešeren, Slovenia's greatest poet, chose Bled and Bohinj for the setting of his famed poem The Baptism at the Savica.

Jožef Švegel (1836–1914), a native of Bled, Austro-Hungarian diplomat and spiritus agens of the Congress of Berlin, undertook various economic projects after retiring from public service to which he had devoted more than two decades of his life. His projects included the construction of the Bohinj railway line, which was opened in 1906 by Archduke Franz Ferdinand of Austria. The northern window of the room looks directly at the Grimšče Manor, Švegel's residence in Bled.