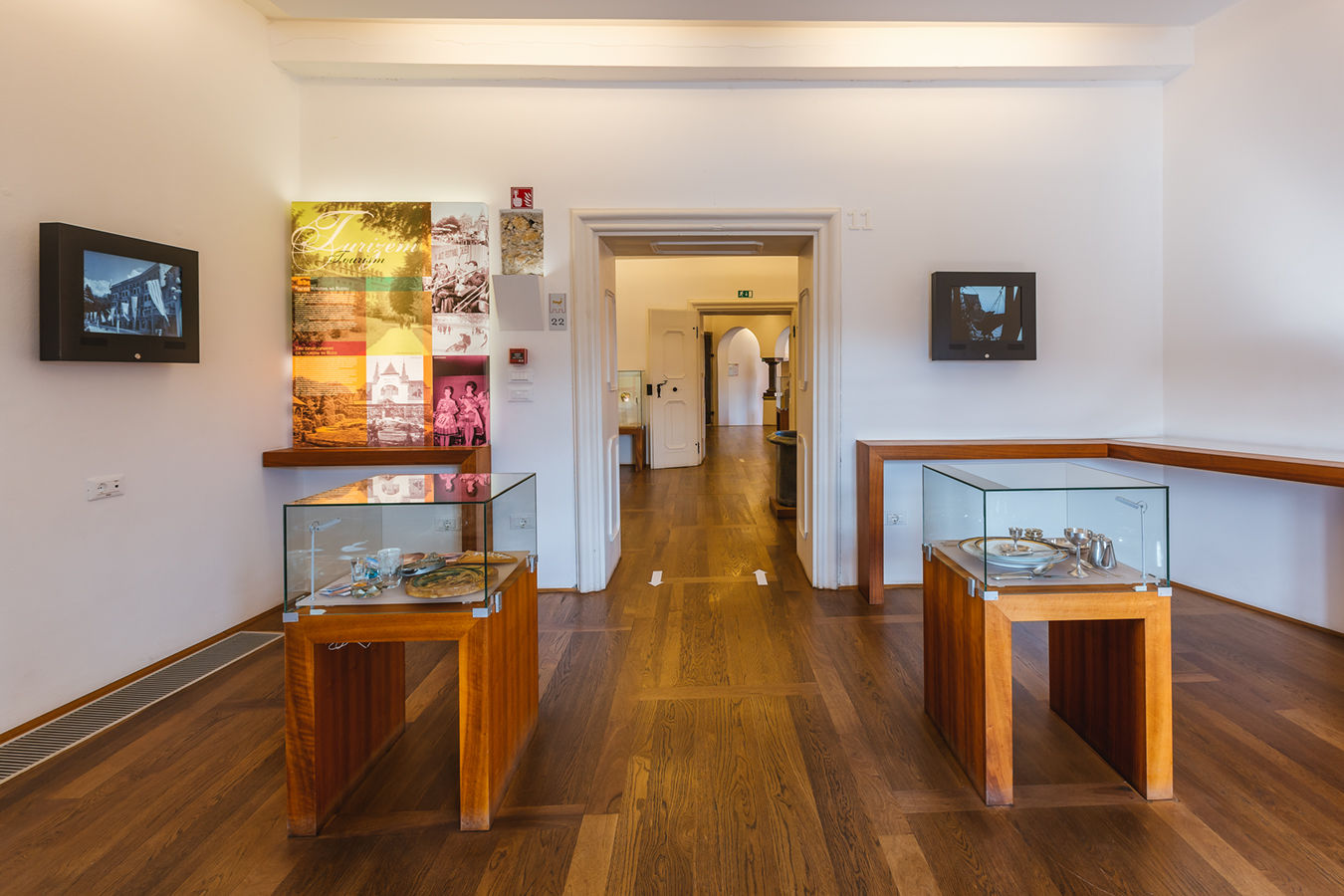 Realizing the potential of tourism growth, the inhabitants of Bled began constructing hotels, renovating inns and building villas. The town was carefully planned and maintained. By the end of the 19th century it had grown into a luxury resort that received guests from most European countries. At the peak of the tourist season Bled was buzzing with social and cultural events. The construction and refurbishment of tourist facilities in the second half of the 20th century has put Bled on the world map as a major cultural, sporting, and congress centre.

The showcased tableware was used at the hotels Petran, Molnar and Park in the golden era of Bled tourism.

In the last bishop's room, the exhibition ends in the middle of the exhibition space and respectfully lets the castle, as its ultimate exhibit, conclude the tale. The orientation of the room is faultless: its northern window looks straight at the Grimšče Manor, on the southern side the door opens up towards the chapel altar, and a glance through the western window and further on through the remaining three rooms focuses on Bled Island. Thus, the castle as the point of control pays tribute to the island, a point of spiritual insight. Although the island marks the end of the exhibition, it is also a promise of a new beginning, of a new experience into which we are lured by the charming landscape.

France Prešeren's lines “No, Carniola has no prettier scene, than this, resembling paradise serene.” have been translated into many languages. Look at the shelf beneath the window for an explanation where the poet might have stood when he wrote this famous verse.