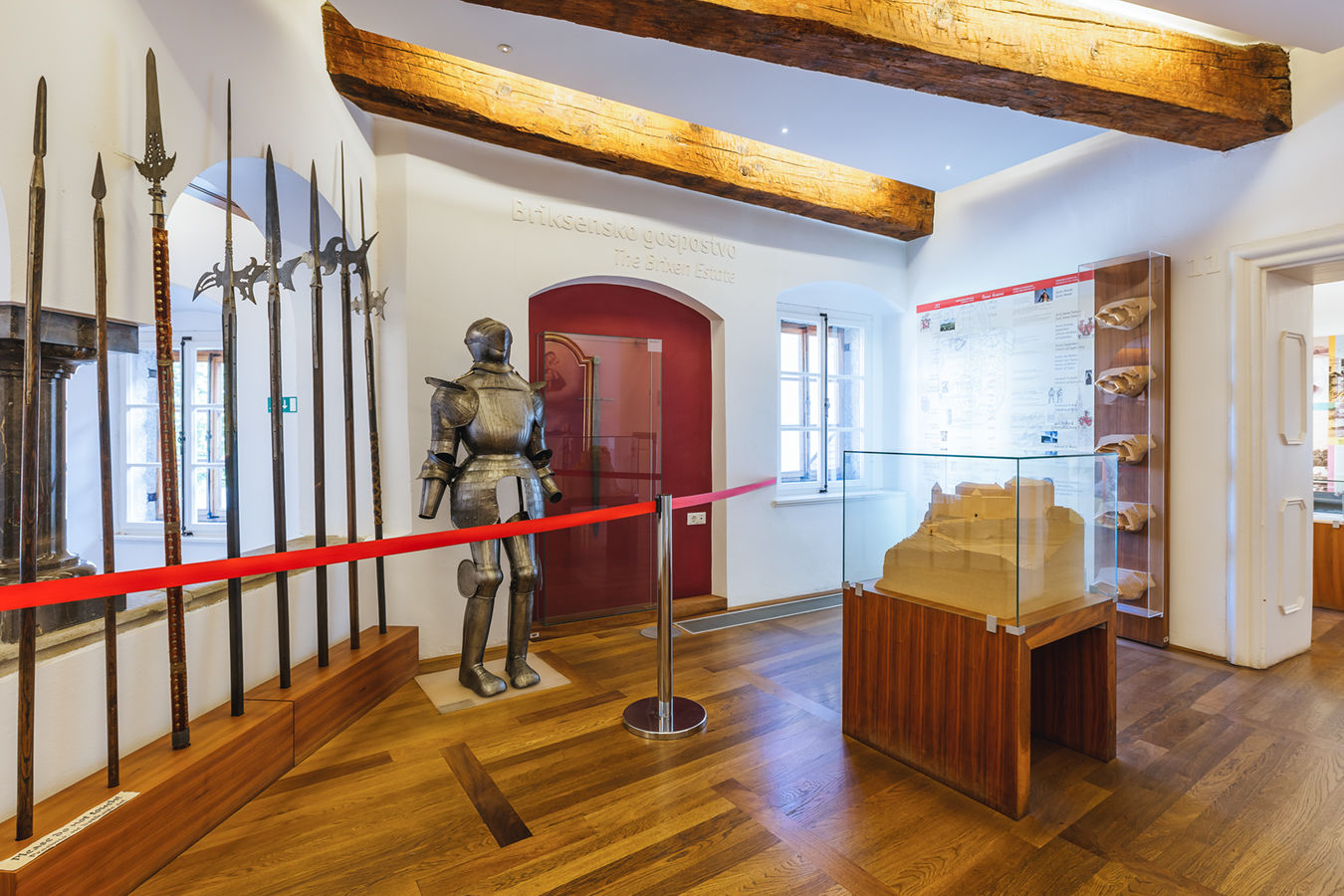 The medieval room, which is linked to the exhibition spaces focused on the modern era by means of two columns designed by the architect Tone Bitenc, showcases the '800 minus one' years of Brixen rule. The central model of Bled Castle on the cliff is surrounded by smaller representations of the castle in different historical periods.

The walls are lined with other exhibits that include a sword, pole weapons, and armour from the feudal era. The timeline of the Brixen-owned estate from 1004 to 1803 chronicles the history of the Bishops of Brixen and their castellans.

A special place among the bishops is held by Nicholas of Cusa, a German mystic philosopher, often praised as 'the last Medieval and the first modern thinker'. His doctrine of the coincidence of opposites and learned ignorance, or docta ignorantia in Latin, made him one of the key proponents of Renaissance humanism. According to the castle's visitor records, Nicholas of Cusa was a guest here in 1458 for at least a month and a half. Interestingly, about a hundred years later, Bled Castle was visited by Primož Trubar, the author of the first books written in Slovene.